Book 1: No Such Thing as Evil

The trilogy exposes the secrets behind the Circle of Six and their leader, Aeron Skotino. Each book is a complete adventure and each book reveals many secrets, but only after consuming all three accounts can one appreciate the magnitude of the ticking motivation that drives the Circle. Prepare yourself. 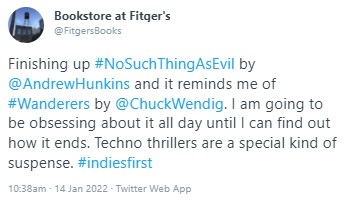 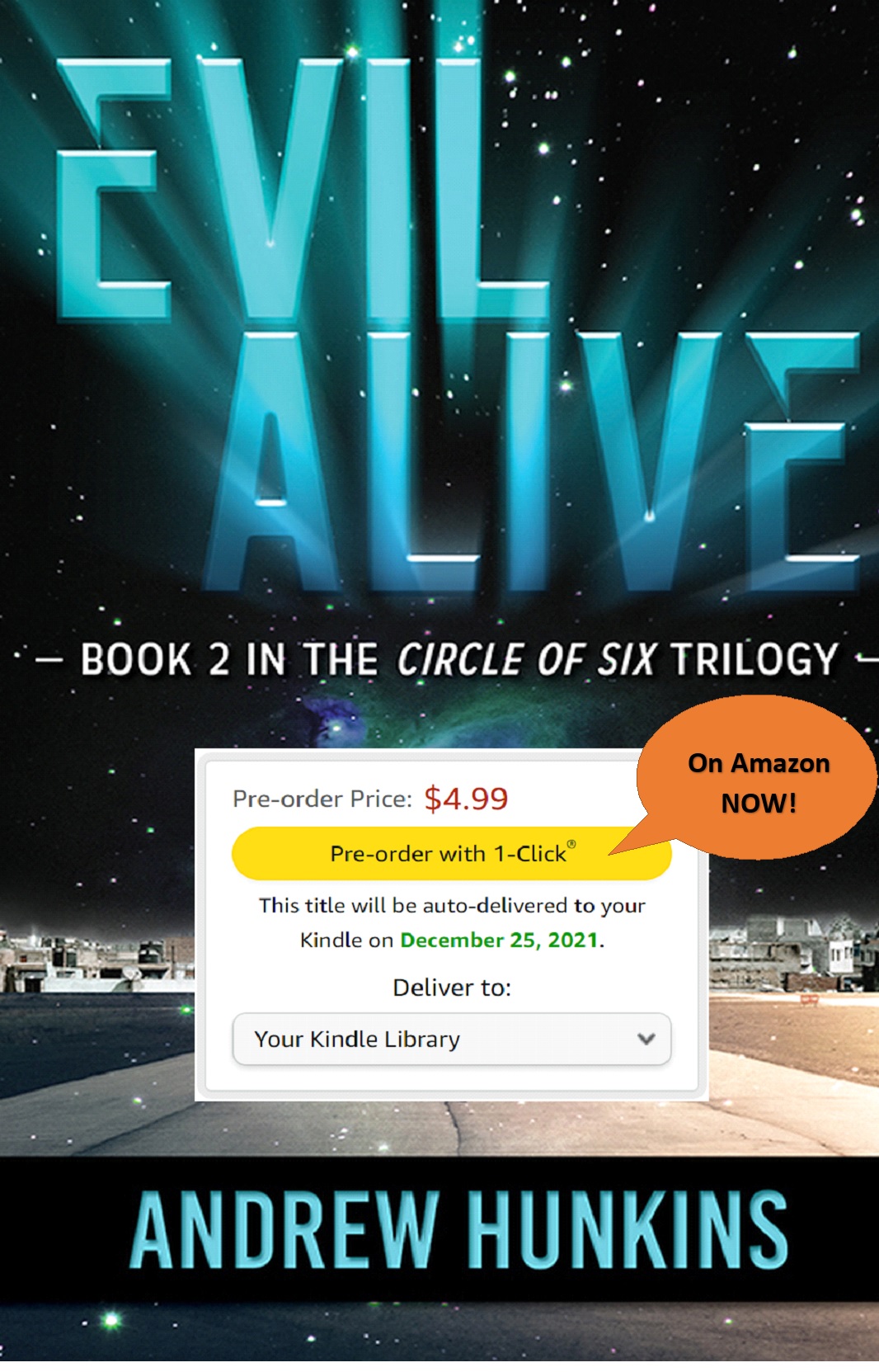 What secrets are possible if one can see the future and look back? What if the path along infinite futures can be manipulated? What if it depends on what you do? Now. Right now.

Unlike the book’s tension, which waxes and wanes like the portraits of the moon, the suspense pulls you from the very first paragraph and never lets up, ever present, holding you—like gravity.

It straddles future and present, manifesting a sense of human striving even in the face of bleakness. It’s hopelessly full of hope. Hunkins lives with his wife in Minnesota near their two children. He is often killed by thirteen-year-olds while playing Call of Duty on Xbox but can hold his own alongside squad mates of his own age class. Gummy bears are his favorite candy, especially the clear ones.